“Where are you from, teacher?” by Vera Babkina

I think every teacher who has experience working abroad, has heard this one, right?

The thing about working in Asian countries though (and I have spent the last 5 years teaching first in China, and now in Vietnam) is that some schools will not want all of their teachers to answer this question truthfully. Some schools even go as far as ask their teachers to lie. Obviously, only non-native speaking English teachers have to do it. Trust me, I know. Been there, walked away from the school.

Yes, I am not objective, this is personal. I’m a non-native speaking English educator. 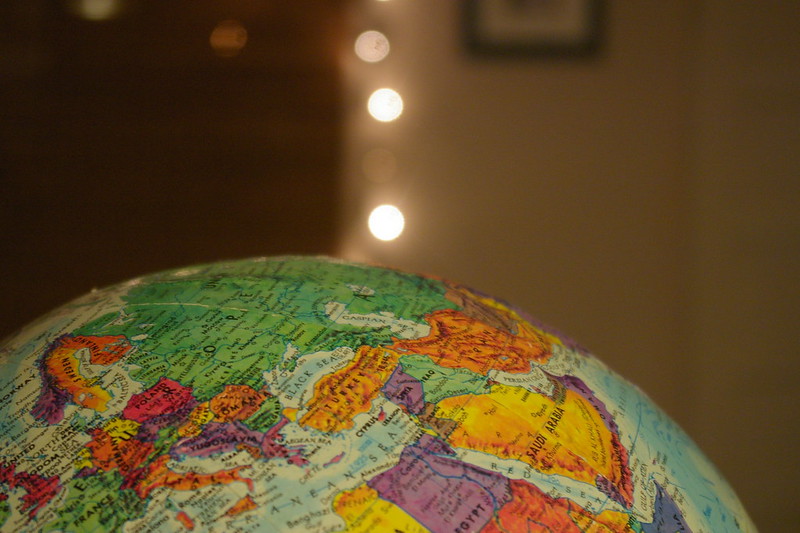 The discriminatory situations like this are happening because of the prevalent stereotype among management and parents about “native Englishness”. The stereotype that only a native-speaking teacher can provide a good linguistic model, be that in terms of grammar, lexical range or pronunciation. And this is one of the most hurtful things personally for teachers like me. I have been learning and improving my English for decades, to the point where I chat to a new native-speaking colleague in the teacher’s room and they cannot guess where I come from based on my accent or general use of English. In fact, such a stereotype was proven wrong by research, for example, according to Keeratikan and Sucharat’s (2020) analysis, both educators and learners agreed that NNEST can develop the student’s proficiency to higher scores.

There is a very strong bias in many Asian countries to hiring only NES teachers (Walkinshaw, Duong, 2012; Wang, Fang, 2020). And a lot of schools who do hire NNES teachers ask them to not advertise their country of origin.

Holliday (2008) introduces the term of “English-speakerism” and pretty much summarizes the situation:

I have heard influential employers [in the English language teaching industry] in Britain say that while they would abolish the discriminatory differentiation between ‘native speakers’ and ‘non-native speakers’ tomorrow, they can’t because their ‘customers demand it’. (p. 121)

In my latest experience at an interview, a manager said, “Well, having spent a lot of time in Australia, I welcome the variety. But you know, the parents…”  Actually, yes, I know. But I also know that the research in Vietnam and China also shows that a large percentage of students care much more about the teaching experience, friendliness and teaching practices of the teacher rather than their “nativeness” (Walkinshaw, Duong, 2012). I also know that the parents are usually not professionals in the field of education. The schools are. So, why not educate your clients?

Defend your choice of professionals by explaining that you value experience and qualifications over the “right” passport. That the studies report: the students actually find it helpful when the teacher can draw on their own experience in acquiring the language (Wang, Fang, 2020). They feel that a NNES teacher can relate to their struggle and find more efficient ways to explain difficult concepts. In fact, some of my NES colleagues here in Vietnam admitted in private conversations that they are quite often not sure how to answer a student’s question about a certain grammar point, just because they never though about the theoretical aspect of it. They are native-speakers, so “that’s just how we say it”. Not always the best explanation for someone learning a new language.

Parents are worried about pronunciation? Fair enough, but the research from your own country shows that students’ attitude varies and a lot value clear pronunciation more than “native” (Walkinshaw, Duong, 2012 citing Pacek, 2005). More often than not I hear “Which part of the USA are you from?” because the students or parents cannot differentiate between “native” and neutral non-native accent anyway. Actually, I am from Russia, but you definitely wouldn’t guess this from my accent.

Another interesting point about all the native/non-native dichotomy is that it does harm native-speaking teachers as well. It goes without saying that the native-speaking countries’ population comprises of the people from all kinds of backgrounds. And not all of them fall into the stereotypical category of tall white foreigner with blonde hair and blue eyes, which is a common perception of a “native speaker” in many Asian countries (Comprendio, Savski, 2019). And – surprise! – they get discriminated on par with the NNES teachers, even though they come from the “right” countries. This is something I also know about very well, as my husband, an amazing, experienced teacher passionate about his job, is a mixed descent Canadian. He looks Asian and,  sadly enough, a lot of schools use the same twisted logic of “parents want Western native-speakers” when it comes to the interviews.

Hopefully, with more and more research on students’ perception and results, the policies and attitudes will change towards less discriminatory job market. Let us judge the teachers by their expertise, experience and teaching practices rather than their passport. After all, there are more and more non-native speaking teachers in the word every year, and a lot of them are great professionals.